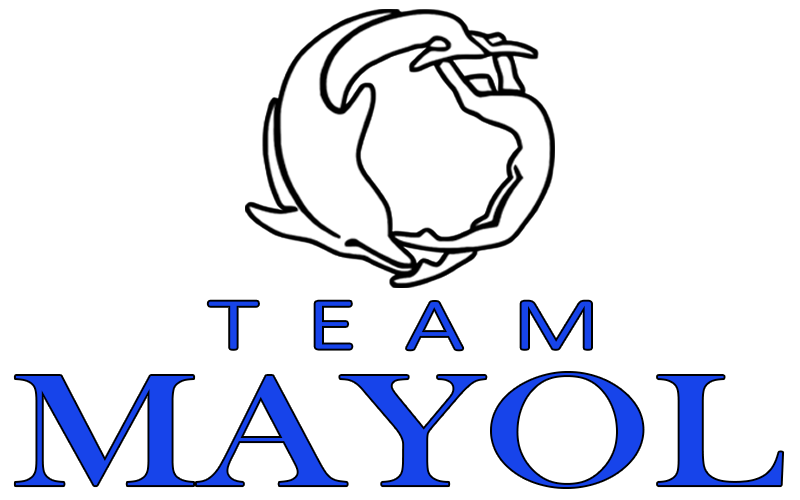 The idea for Team Mayol was born long ago in the azure waters of the Turks & Caicos Islands to experience The Big Blue 1) legacy in the Mediterranean on Elba Island, home of legendary free-diver Jacques Mayol 2).

Jean-Jacques Mayol and his father Jacques Mayol used to talk about how the man lost his own Nature and his place on Earth. As an outcome Jean-Jacques was the first in the world to introduce a unique Mayol's concept. The program has been extremely successful as there had been a growing global need for knowledge and training in the field of free-diving and overall getting back to Nature. Team Mayol vision and mission are to show how all wild life is interconnected and to inspire everyone to protect our living Oceans and Planet.

With the sea and nature as medium and source of inspiration Team Mayol demonstrates their students how to rediscover themselves and become more nature-aware. Our beautiful oceans, reefs and many other natural habitats are slowly dying - this is why, beyond teaching, Team Mayol wants to evoke a global consciousness of what we can do to live in a more sustainable and eco-protective way!

1) The Big Blue (French title Le Grand Bleu) is a 1988 film made by French director Luc Besson. The film is a heavily fictionalized and dramatized story of the friendship and sporting rivalry between two leading contemporary champion free divers in the 20th century: Jacques Mayol (played by Jean-Marc Barr) and Enzo Maiorca (played by Jean Reno).

2) Jacques Mayol (1927–2001) was a French diver and the holder of many world records in free diving and the first man to breath-hold dive below 100 meters. He authored the book Homo Delphinus which expounds his theories about man's relationship with the sea and how man could re-awaken his dormant mental and spiritual faculties and the physiological mechanisms from the depths of his psyche.